Only Mono 2020
This is probably the biggest inter-club competition for monochrome prints only in the UK and possibly in the world.  It will be held on 16 May 2020 at St Paul's Centre, Port Talbot.  The judge will be John Tilsley ARPS DPAGB APAGB of Dorchester CC.
​
Pixels 2019
The 15th running of this competition took place at Talbot Green Community Centre on Saturday 2nd November and was a very well attended and enjoyable competition. It was a high scoring affair and a particularly good day for RPC who, with 79 points from a possible 80, won by one point on the very last picture of the competition. They finished one point ahead of Mold CC on 78 with Gwent PS third on 75 points. Three more clubs finished tied for 4th place, Gwynfa CC, Rhondda CC and Cymru Mono.
The judge was Michael Krier ARPS AFIAP MA (Phot) who kept the audience entertained with his insightful critique and humorous comments . He made the job of judging 156 images look easy and his entertaining approach meant that time flew.
We thank Gwynfa CC and the army of helpers for running such a successful competition and providing an excellent buffet.
​
The Duel 2019
This battle was reintroduced on 29th October 2019.  It was hosted by Pontypridd CC and judged by Trevor James BA(Hons - Phot) ARPS AWPF.  Entries of 8 prints and 8 PDIs were made by each club, all monochrome.  Cymru Monochrome won by 16 points having scored 143 in each discipline, totalling 286.  Pontypridd CC scored 138 for their prints and 132 for PDIs, a total of 270.
​This was Sue Surridge's first battle in her role of Competition Secretary and she was very pleased to be presented with the trophy. 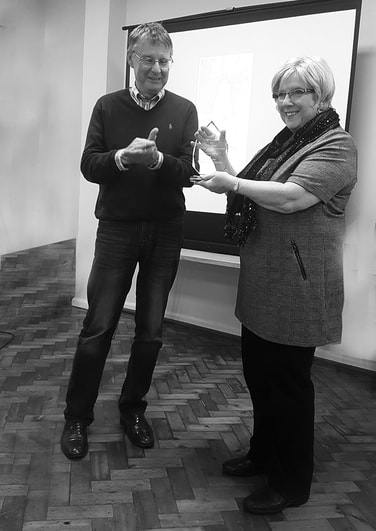 We look forward to welcoming Pontypridd CC on 16th November 2020.

12-way battle at Bridgend
On 5-Oct-15, Cymru Monochrome narrowly beat "The Drop" by achieving 9th place in competition with some very strong photography.  The judge was Tony Byram ARPS DPAGB EFIAP AWPF.  Our 5 prints achieved 85 points with Gwynfa, Vale and Gwent taking the top honours at 97, 96 and 94 points respectively.  One of our prints, 'Penallte Colliery'' by Dennis Russ, earned 20 marks.


Exhibition - Heritage and Home
Cymru Monochrome is delighted to announce that its first exhibition, on the theme of Heritage and Home, will be held at Creative Bubble, 13 Craddock Street, Swansea SA1 3EW from 11 to 17 July 2015.

Welsh Salon 2015
Congratulations to Sue Ashford and Richard Walters who had prints accepted in the Salon through Cymru Monochrome.  Other members had acceptances through their prime clubs.

The Duel
Our annual battle with Old Bridge (Pontypridd) PS was held on 17 November 2014 at Tyn y Twr Tavern.  The judge was Brian Coleman AWPF AFIAP.
Cymru Monochrome won by 275 points to 255.  Gareth Martin (he's the one with the halo) collected the trophy and the scores are shown below.  Congratulations to those scoring the top marks.
We look forward to visiting Pontypridd for next year's "Duel" 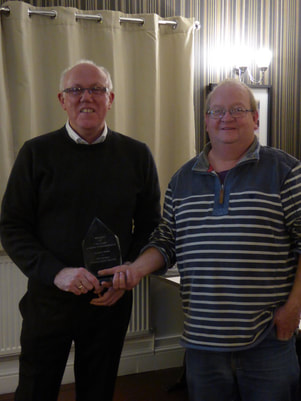 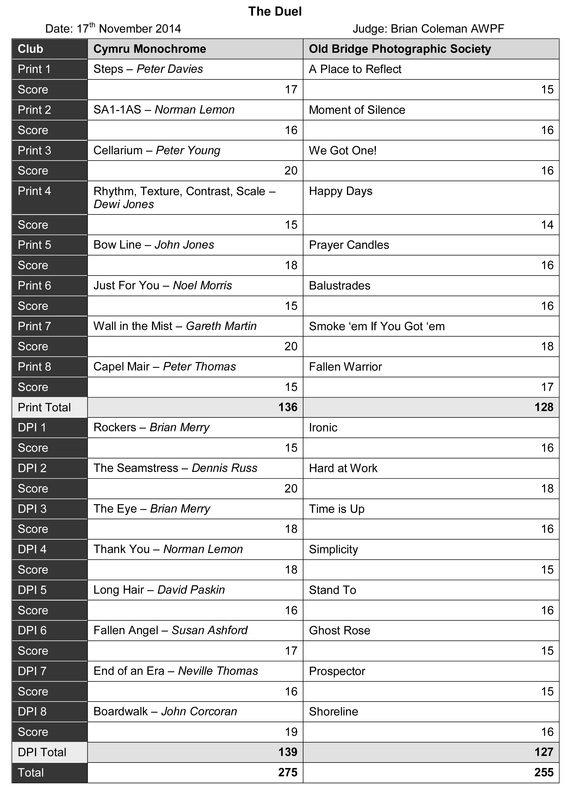